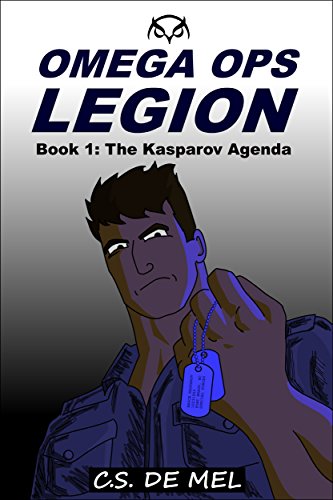 The Omega Ops Legion was formed and unified by the goals to combat injustice and improve the human condition. With roots dating back to ancient times, the Legion has left deep impressions throughout the pages of history. Their great influence stems from being affiliated with some of the brightest minds and most powerful warriors the world has ever known.

Fall of 1999 — The North American chapter of the Omega Ops Legion is in the partial command of Bruce Kasparov: A captain in the U.S. Army Special Forces, a guardian within the Legion, and a hero in both circles. Bruce and his allies refocus their efforts on dismantling the crime syndicate situated in their own backyard of New York. As Bruce digs into the belly of the New York City underworld, his ongoing crusade begins to draw the attention of powerful and sinister forces. Bruce may soon find himself in over his head when the largest and most dangerous criminal network in existence sanctions the hit on his life. The power struggle has begun, and all eyes are on Bruce…