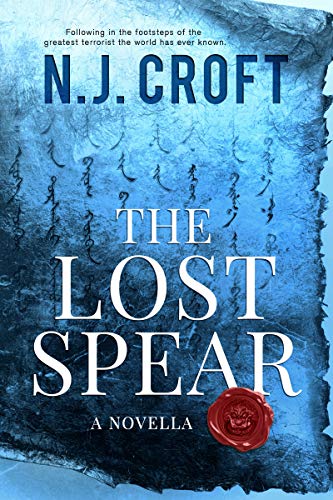 Archaeologist Dr. Eve Blakeley has dedicated her life’s work to finding Genghis Khan’s final resting place. But first she’ll have to find the Spirit Banner, Khan’s lost spear, an eight-hundred-year-old weapon shrouded in as much mystery and lore as his lost tomb. The two are intertwined by centuries of secrets.

During her search through the mountains of Mongolia, she’s joined by MI6 agent Zachary Martin, who is convinced that recent, seemingly random acts of terror around the globe are somehow connected to her.

But as they follow the clues to the spear, the line between her historical research and present-day terrorism blurs even more… Someone doesn’t want her team to find the spear, and they’ll do anything to keep the secrets of Genghis Khan buried forever.