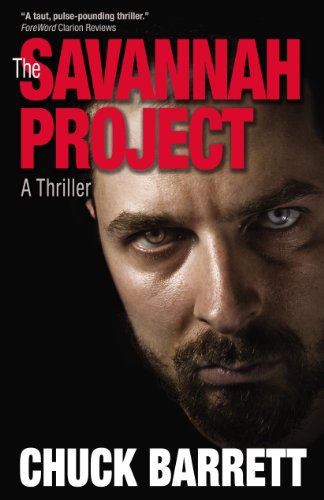 The truth can be a dangerous thing.

Terrorism, duty, and personal safety collide when Jake Pendleton, an investigator for the NTSB, is called to investigate an aircraft accident in Savannah, Georgia during the St. Patrick’s Day celebration. The accident, which at first appears to be quite run-of-the-mill, turns out to be anything but. Since Jake is not willing to pretend there are no suspicious circumstances and more than the usual share of rather unlikely “coincidences,” he sets off a veritable avalanche of secrets, violence and treachery. Aided by an unlikely partner, Gregg Kaplan, the air traffic controller who was the last person in contact with the airplane that crashed, Jake sets out to untangle the webs of deceit and to find a vicious killer.

Nothing is as it seems, nobody is who you thought them to be.
Nothing is sacred.
Nobody is safe.

The Savannah Project is an action packed political thriller with a twist around every corner. If you like thrillers by great authors like David Baldacci, Vince Flynn, Brad Thor, and others, then you’ll enjoys this book as the author incorporates his 3M formula for his novels: Murder, Mystery, & Mayhem.

“The Savannah Project signals the arrival of a new member to the thriller genre. Chuck Barrett. The tale contains all of the danger, treachery, and action a reader could wish for. The intrigue comes from all directions, slicing and stitching with precision. A worthy debut from an exciting talent.”
—Steve Berry, New York Times bestselling author

“The Toymaker is a fun, fast moving thriller with plenty of gadgets and a lot of action.”
—Phillip Margolin
New York Times bestselling author of Capitol Murder

Praise from the media:

“Maybe we have Steve Berry to thank. Or it’s because our area happens to be a haven for literary-inclined retirees. Or it could just be the changing book publishing environment. Whatever the reason, Northeast Florida writers these days are producing some pretty darn good independent thrillers.

Best-selling Berry (his latest “The King’s Deception” will be out in June), who grew up in Georgia, lived just over the line in St. Marys for a number of years and a while ago moved to World Golf Village in St. Augustine, maintains a high profile in our books community as a speaker and proponent of things literary. He is also a good judge of talent. His cover blurb on retired air traffic controller Chuck Barrett’s first novel “The Savannah Project” gave the Fernandina author’s initial indie publishing effort a nice boost.

Following last year’s “The Toymaker,” Barrett’s third Jake Pendleton adventure, “Breach of Power,” has Jake and his partner Francesca Catanzaro settled in with an “off the books” private intelligence firm and the President of the United States needs their help.

“Breach of Power” opens the superlatives spigot. Its plot is as fast and solid as anything on the market. The good guys have all the right stuff and the bad guys will bring nightmares…it’s guaranteed you will lose sleep with this one.”