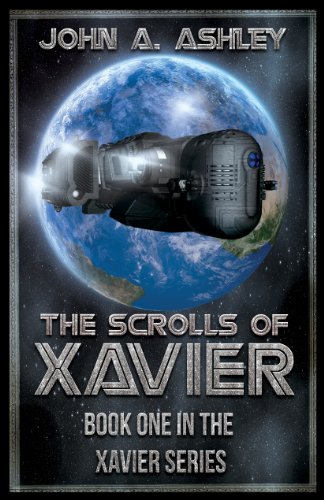 Revolving peacefully around an alien sun lies the planet Xavier997, a final flicker of hope for the resource starved human race. With miraculous advances in technology, the product of the ruthless Great War, reaching this planet is suddenly a feat that mankind is able to achieve.

Upon their arrival, however, they quickly learn that Xavier will not give up her treasures without a fight. Inhabited by five indigenous tribes—creatures whose merciless evolution has sharpened them into the universe’s most efficient killers—this treacherous planet proves at every turn to be mankind’s final downfall rather than their savior. Yet when a lost explorer stumbles upon a startling discovery at the planet’s North Pole, their situation turns even worse.

In order to shed light on the ominous secrets of Xavier997, Captain Michael Dawn must lead a joint-operations mission across its globe in search of five ancient relics. Relics that would appear to hold the key to the mystery of the explorer and the chain of events that his find set into motion. Yet these relics, known as the Scrolls, are guarded by the very teeth of Xavier. To retrieve them, Captain Dawn must risk everything, including his love, his career, and his life.

Without the Scrolls, mankind’s final hope is lost. With them, it might be even worse.