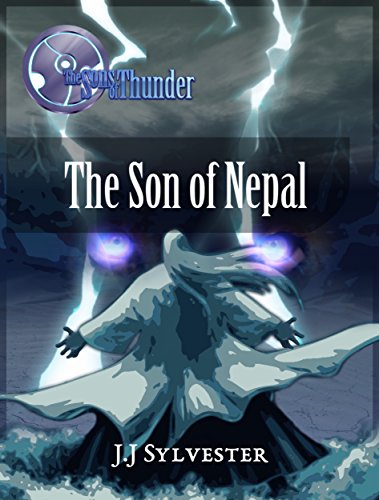 The Son of Nepal is the first book of The Sons of Thunder series.

The South Origin is the celestial emperor of the earthly spirit world who has divided the Earth into smaller kingdoms from the Everplanes, a spirit world that influences our reality.
Every nation on Earth has a spiritual counterpart, a celestial ruler, whose actions determine the fate of its people from birth and marriage to death and depression, from success to failure.

Over a thousand years ago, it was revealed in the Everplanes that the unborn kings will lift the lands of Asia to greatness, and the Heavens have willed it that the kings become the leaders of the world.

The South Origin has sworn to stop this revelation from becoming a reality. He endeavours to summon from the
depths of the sea an ancient, malicious spirit called Tuphana, the Bringer of Plague, to ravage the land. But first he must get permission from the courts of the Great One.

The Son of Nepal is the story of the wandering Judge Johannan. He is torn apart by the tragedy of his fiancé’s blindness, but he is encouraged by a vision of her regaining her sight on their wedding day. Johannan hears an old song of a healing spirit living in the Gobi Desert. He leaves his home in Nepal to search for the healing spirit but is swiftly caught up in an awe-inspiring world of spirits, miracles, and destruction.