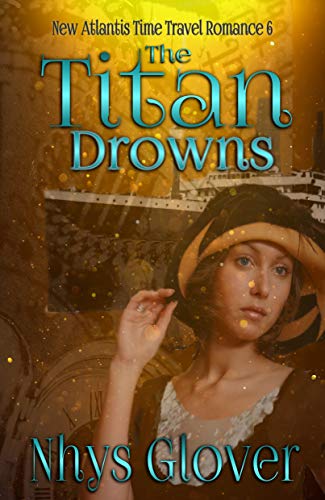 “Heroism and true romance set inside one of the most heart-rending tragedies of all time? Oh, yeah, that deserves an Award!” Judge

Shy and insecure Pia Rogaland wants nothing more than to save the children. For feisty Elish Cork, it’s the promise of adventure that drives her to commit. And Karl Ontario? He’s a lab geek who never dreamed of stepping outside his medical facility, until the mission to save doomed children on the ill-fated Titanic is proposed and Fate compels him to step up.

While each joins the team for a different reason, they all face the same challenges: How do they identify suitable targets for retrieval to their endangered Utopian world? Once identified, how do they avoid being labelled insane when they attempt to convince those targets that the “unsinkable” Titanic is about to sink and their only hope of survival is to time travel to the future? And if that isn’t enough, how do they each then deal with finding and possibly losing the love of a lifetime in a few, fateful days? For sweet Pia, who falls in love with a man she’s not allowed to save, this last challenge might prove her undoing.

As the clock ticks down to disaster, will any of the ill-fated victims of the Ship of Dreams live long enough to be part of the salvation of the human race, or will more lives be forfeited trying to carry out this audacious mission?

For those who like their love scenes steamy but utterly romantic

˃˃˃ ˃˃˃ What GOODREAD readers say about this book:

‘There were multiple settings for each character but the one setting they all had in common was the Titanic, this definitely made the book interesting because there was always something new around the corner. I liked that the author used facts within her story. This way when you escaped into the story, it felt like you were part of someone’s life story.’ Reed Jones

‘The Titanic theme has been used over and over again to the point that nothing different can be written about it. Well, this author definitely proved me wrong. With well-researched facts, she creates a fiction piece that twists and turns the Titanic theme into a very exciting read.’ April Davis

‘Favourite quote “And a bright light will come on and that’s the door, and we will go through the doorway. It will be very noisy and bright for a minute, but then we will be in a magical cave with lots of nice people who will take us to the party.” Many of us at the book club felt that this quote had a double meaning and it stayed with me long after I finished that chapter. ‘ Joanne Hayneys

‘The setting was the most important thing about the book. For me, it was the Titanic that made the story interesting. Each historical element was woven into the stories of these people. Will definitely go back to read other books in the series.’ Vicki Smith

‘I liked how the writer combined time travel elements, romance and the Titanic. In some ways it was like Downton Abbey meets a more modern London.’ James Noel

Scroll up and join the adventure today!