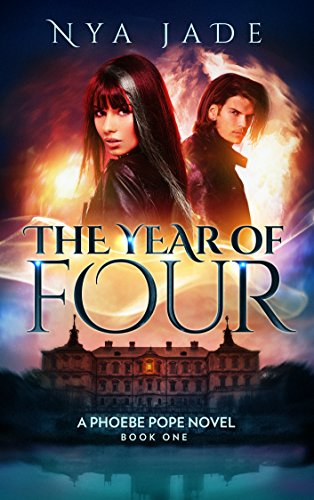 Enter a magic spy academy unlike any other where alliances shift and nothing is as it seems. The Year of Four is captivating readers with mystery, edge-of-your-seat-suspense and Hollywood romance.

Phoebe Pope has enrolled at the Campus Below: a spy academy for shape-shifters hidden deep beneath a normal boarding school whose humans unknowingly protect it. There, she leads a double life: spy trainee Below and normal teen Above. When officials discover a kill list, with her name on it, Phoebe’s life takes a terrifying turn. For years, Phoebe has managed to keep her growing power a secret, but with villains hot on her trail, it’s only a matter of time before she’s exposed for what she is–a weapon.

Phoebe seeks distraction in movie star Colten Chase, who attends the Campus Above and appears to be majoring in winning her heart. But desire turns to heartache when Phoebe suspects that something sinister lurks beneath Colten’s glitter and fame.

Now Phoebe’s caught in a mesh of lies, betrayals, and danger. Can she rely on her new spy instincts–and her secret power–to get to the truth and to stay alive?

Captivating and unputdownable, The Year of Four is a magical thrill ride you don’t want to miss.

Buy now and begin the adventure…
Perfect for fans of Vampire Academy, Harry Potter, and The Mortal Instruments.