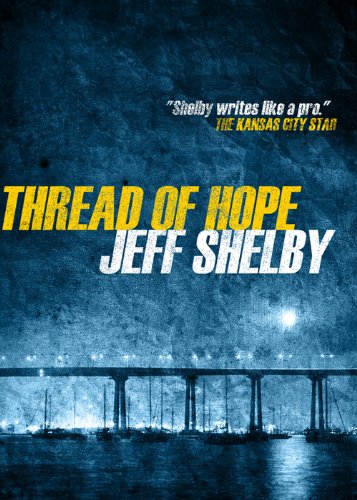 This is the FIRST book in the Joe Tyler series.

Seven years after Joe Tyler’s daughter Elizabeth was abducted, he hasn’t stopped looking for answers, and he hasn’t forgotten the friend who stood by him as he lost his wife, his home, and his career in his search. Now he’s been brought back to San Diego by the news that this friend has been arrested for beating up a teenage girl—a girl not much older than Elizabeth would be now.
Joe is convinced Chuck Winslow is innocent, but Chuck is in a coma and can’t explain what happened. And the more Joe hears about what Chuck’s been up to in the years he’s been gone, the less Joe recognizes his old friend. To find out the truth, he will have to face his ex-wife, his former bosses, and a hometown full of wealth, lies, and illicit privilege. When Chuck’s accuser goes missing, Joe must decide where his loyalties truly lie.

Jeff Shelby is the best-selling author of The Noah Braddock series (Killer Swell, Wicked Break and Liquid Smoke) and has been compared by reviewers to Harlan Coben and Robert Crais. In Thread of Hope, he delivers a gut-wrenching tale of painful secrets and even more devastating truths as well as an exploration of how a single thread of hope can keep one man going.