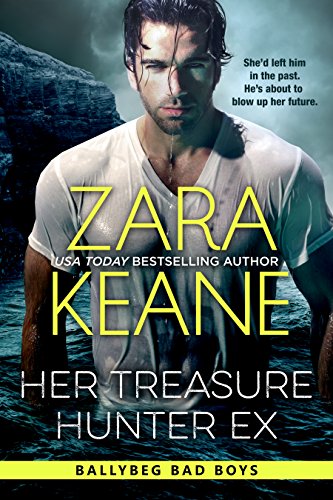 When underwater photographer Katy Ryan embarks on a secret mission to salvage priceless jewels from a First World War shipwreck, she’s pissed as hell to be be pitted against Dex Fitzgerald, her super sexy treasure hunter ex. This novella was first published in the Romancing the Alpha adventure romance boxed set.

She’d left him in the past. He’s about to blow up her future.

Declan “Dex” Fitzgerald is a treasure hunter on a mission. With a loose idea of where to find the gems, and even looser morals, Dex wrangles a last-minute job on the exploration team. And realizes he’ll have to work alongside his uptight-but-sexy-as-hell ex.

And they’re not the only ones in pursuit of the treasure. With sparks flying and oxygen tanks running low, can Dex and Katy retrieve the gems before the bad guys?