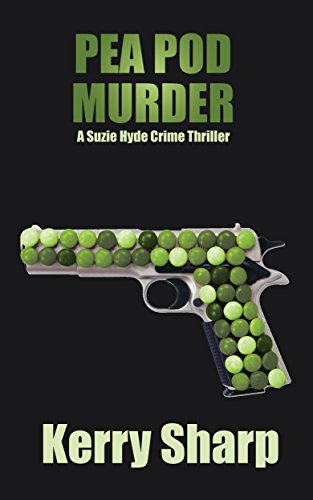 Suzie is a strong female protagonist in the ilk of Robert B Parker, Richard Castle and Steven Bannister.

Professor Suzie Hyde and Chief Superintendent Owen Lacey, find that revenge both leaves them empty and the target of the Russian mob.

Suzie is super smart, very successful and flawed, she believes herself to be unlovable.
She has taken her company ‘Artificial Robotics’ from an idea to a multibillion pound sale. Released from twenty five hour working days, the repressed desire to find and destroy her Father’s murderer has re-emerged as a driving passion. Her Father’s case is cold, her route around insufficient data, is to design a cutting edge case management solution and sell it to the Metropolitan Police, so she can plunder their data.

Owen was a personable, successful police officer, whose abilities were rewarded, by a rapid rise in rank to Chief Superintendent. That was until his wife and daughter were destroyed by a bomb meant for Owen.
Owen no longer has a desire to live. He is seeking a path to oblivion, eschewing friendship and support in his dark quest.

Suzie’s complicated plan progresses, she is seconded as a Detective Sergeant, to trial her software. On being tasked to solve a violent murder, Suzie’s singular focus is subverted by her desire to find justice for the violated victim of the crime.
As the truth relating to the murders is slowly revealed, Owen who doesn’t want love comes closer to Suzie who can’t be loved. Will their budding friendship be allowed to blossom, or will death or the dark sides of their natures intervene.

Interview with the Author

Q – So, what makes the Suzie Hyde series special?

A – It’s a mix of things, really. Suzie is smart and flawed, tough and vulnerable, and has a kick-butt attitude. She also attracts trouble like a magnet.
This makes Suzie’s stories fast paced a series designed to keep you turning the pages with never a dull moment.

Q – What order should I read the books in?

A – I’ve written the series so you can read the books in any order, and all the story threads will tie up nicely by the time you’re finished. If you do want to read them in order, I’d suggest the following sequence:

Q – So, why should readers give these books a try?

A – Because the Suzie Hyde series is a fast, fun, thrill-ride that takes no prisoners.

Ultimately, readers who enjoy lightning-fast pacing with a plot that twists and turns all the way to the end will get a kick out of this series.

Q – Can readers get the whole series in one go?

A – Sure. Look for the Boxed Set and grab all the books in one go. You’ll save some money too!

And thanks for reading!