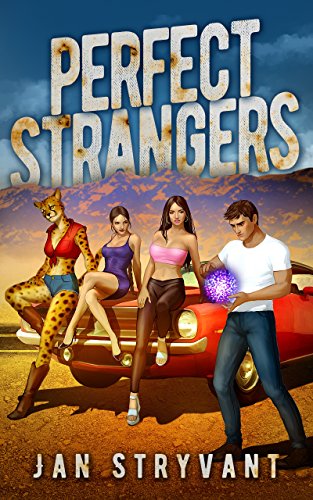 During his junior year in college, Sean finds himself suddenly dropped into the middle of a world that he didn’t even know existed. A secret world of magic and magic users, lycanthropes, goblins, and all the other things that go bump in the night. To make matters even more difficult, the very same magic users who had Sean’s father killed now believe that Sean will somehow inherit his father’s work when he turns twenty-one, which is just a few days away.

Needless to say most of the magic users’ councils seem to be in two camps: The first camp wants him dead. The second camp wants him captured and then will probably kill him after they’ve learned all of his secrets. The only solution Sean sees to any of this is to finish his father’s work, the very thing that got his father killed. But in order to do that, Sean must first find out just what his father was working on! He’s also going to need to learn magic himself, find a safe place to stay, raise some money, and gain a lot of allies.

Fortunately for Sean he’s got two good women at his side: Roxy, a cheetah lycanthrope with a lot of experience in fighting; and Jolene, a tantric witch with more than a few connections in the supernatural black market.