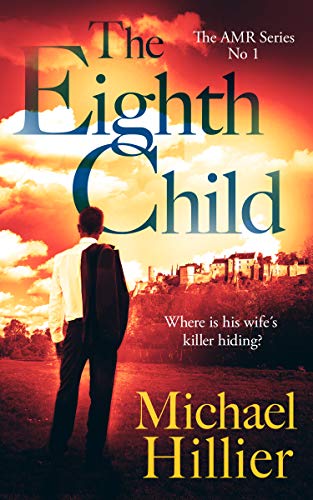 THE EIGHTH CHILD by MICHAEL HILLIER

The summer sun burns down on Alan´s bare head, distorting his vision, tormenting his brain. He is tightly surrounded by the good citizens of Chalons, who have come to witness the burial of his young wife, Suzanne. She was shot down in front of him, far away in a London street, apparently a victim of a terrorist atrocity. Then suddenly his sight clears. Across the other side of her open grave he glimpses the face of her murderer – here in France!

What should he do? He cannot get away from the people packed around him to pursue the man, who has vanished as suddenly as he first appeared. His knowledge of French is poor. His father-in-law believes he was hallucinating. Will the local police believe him when he reports it? Will he even be able to find the man behind the face which had vanished as quickly as it had appeared?

Most of Suzanne´s family believe he has imagined it. The town´s citizens turn against him. Only her younger sister, Jeanette, seems willing to help him. Why is that?

Alan faces many dangers before he uncovers the truth, buried deep in the town´s history.