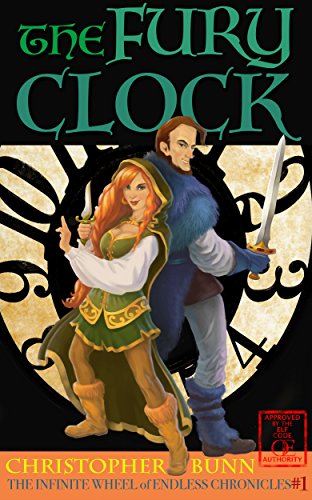 MAYHEM, MAGIC AND MANIAC DWARVES
Malix Shandy, the best-looking scoundrel in the kingdom, sets off on a hopeless quest to find the dreaded Fury Clock. If he doesn’t find it in seven days, he’ll suffer a fate worse than death. Teamed up with an enormous ogre and a psychotic dwarf, Shandy starts to think maybe death would be restful after a week in such company. But he doesn’t have time to die, not with all the necromancers, vampires, and dragons out to get him.

Brimming with romance, monsters, magic, and beautiful wenches, The Fury Clock is a humorous and rollicking adventure in the tradition of Terry Pratchett and Terry Brooks.