Home
>
All Free Stuff
>
Free Books
>
The Passage Of Kings: An Epic Fantasy Adventure (Book One Of Lords Of The Kings Series)
Please Share 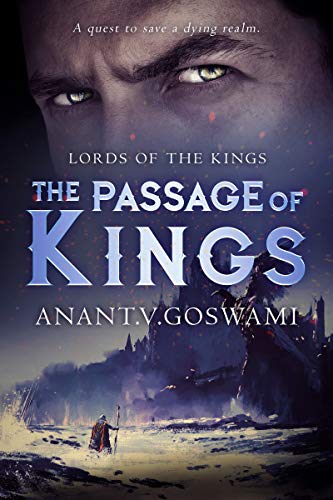 The race for survival has begun!

In the realm of Aerdon, where the kingdoms of Calypsos, Indius, Harduin and Maeryn struggle against diminishing rains, infertile lands and the White Curse, a cold-blooded murder leads to the discovery of an ancient temple deep in the forest of Eravia, which might hold the clue for the realm’s survival.

As the gods give the Aerdonians one last chance to save the race of men, they also ask for sacrifices, and put forth conditions that the kings of Aerdon are not so thrilled about. A great council is held, and the fate of the realm is decided. As politics, prestige and power take center stage in this tale of deceit, death and decay, witness the struggle of the kings, as they attempt to cross the Endless Forest in search of new lands and new races, experience twists and turns and change of hearts, as each king tries to ensure the survival of their kingdom.

But little do they know, real power resides with the Wizard-Gods, the Vizarins, creators and destroyers of the realm, The Lords of the Kings.

This is part one of the Lords of the Kings series, with part two scheduled for release in June.

If you liked the multi-character narratives, brutal deaths, surprise betrayals and the unhinged language of ‘A Song of Ice and Fire’, then you will surely enjoy this book!