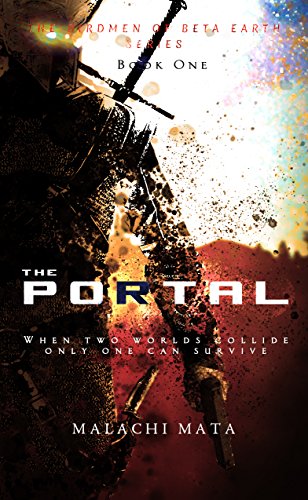 Deelo Con, a disgraced war commander in the Daylon Empire, is the first to discover the Portal at the Battle of Wieese, but when he is sucked up into it, he emerges ten years later with his identity forgotten, odd and extraordinary magical powers, and no sense of loyalty. As his memories slowly come back, Deelo is pressed for the location of the Portal, because whoever encounters it gains the abilities to hurl stones from staffs, raise lava from the ground, and see beyond one’s own eyes.

But Deelo must act quickly and decisively, because the Portal goes both ways. The real invaders are coming, and they’re not just coming for the Daylon’s territories: they’re coming for their souls.

“The Portal is an intriguing action adventure with fully flushed out social and political systems, and a main character that struggles with moral decisions while forced into precarious positions. All the while, there are people being tortured and battles a plenty in search of The Portal, but is this religious icon a saving grace… or the “E”-day for everyone, an end to humanity as they know it.”

“For the sake of a good author’s future please do download the book and email the author a few edits.”