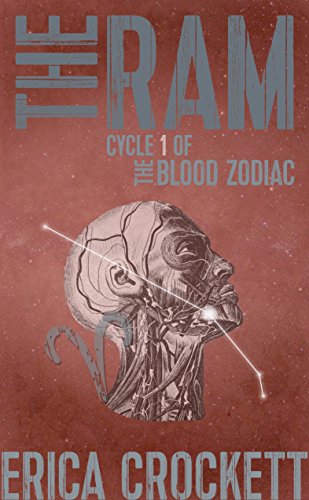 What if the question What’s Your Sign? could get you killed?

The days of Aries have arrived.

The first message is a belated birthday card. Riley Wanner ignores the strange missive from an unknown sender, instead focusing on his unraveling life. An accident has him questioning his work, relationships with women, and sordid addictions. He obsesses over a stripper to escape his miserable circumstances. But the unsettling notes keep coming.

Fate plays out in the stars overhead.

Peach Barrow yearns to lead a life of ritual and spirit. Stunted by self-doubt and her past, she struggles to create a new personality. An intriguing woman invades her thoughts, inspiring Peach to take daring action to change her life. However, her transformation will be anything but easy.

The woman they crave is one and the same. As they vie for her attention, their hometown erupts with bizarre events, strange signs and spontaneous chaos. There is no telling who will win when the game is just beginning.

Some must die in order for others to thrive.

Interview with the Author:

Q – What can readers expect from this book and The Blood Zodiac series?

A – The Ram is a fast-paced, addictive read. Fans of paranormal thrillers, psychological suspense, crime thrillers and occult fiction will be hooked from the start. If serial killer novels are your thing, look no further. The first book establishes the dark and disturbing worlds of the main characters and the subsequent books will delve deeper into ritual magic, astrology, the zodiac and god and goddess mythology.

I’ve been working on this series for the past three years and it’s finally ready for the world. I can’t wait for people to live vicariously through the wild world of my strong female, Peach, and my flawed alcoholic, Riley. I’m excited for readers to meet a true zodiac killer!

Q – Is it true there will be twelve books in the series? Do they have an order?

A – Yes, there will be twelve books, to mirror the traditional twelve zodiac/horoscope signs. I will release a book every three months, so readers can enjoy the story without waiting years between releases.

The books must be read in order, just like watching an episodic television show. The Ram starts it all off during the Aries cycle. The Bull, the second in the series, will be released in June 2016.

Q – Why should people give this series a chance?

A – Because The Blood Zodiac promises to keep you awake at night, turning pages and wondering which character is the craziest and who holds the cards. Secrets will come to light and jaw-dropping twists and events are guaranteed. You’ll never look at astrology, metaphysics or serial killers the same way again!