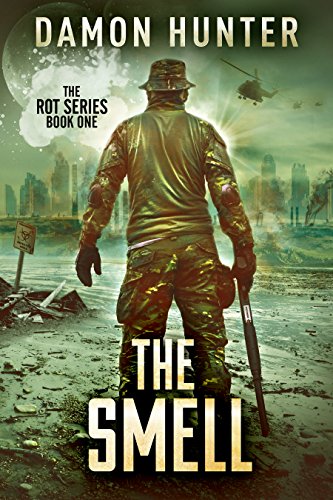 A disease called the rot has spread to the United States, leading to a quarantine being imposed on most of California. Victims react in different ways. Most become like zombies, wandering about aimlessly unless they come across someone to bite and spread the disease. Others become aggressive and animal like. Rarer are those who seem to immune.

Eric Vance of the newly formed Tactical Medical Response Team is one of the immune. He is trapped in San Francisco awaiting rescue after a doomed mission into the Quarantined California left him and two others stranded. He learns his ex wife, Donna and teenage daughter, Katelin are trapped in a newly quarantine part of Southern California. Knowing they are trouble he makes plans to leave his post and go help them.

Donna and Katelin are not waiting around for help. They fall in with a motley bunch of survivors and try to fight their way out, but the rot is much more pervasive and deadly than they could have anticipated.

To complicate matters roaming the wasteland collecting the immune and processing them into samples to study is mad TMRT scientist Dr. Talbot. Even if Vance and his family can survive the rot Talbot has other sinister plans for them.