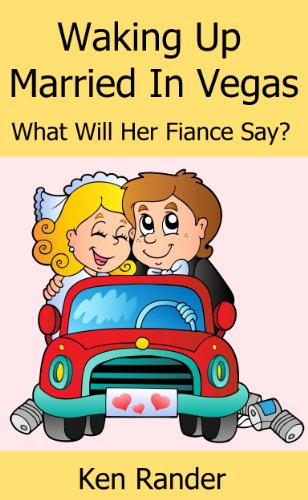 More:
She got three steps outside the door and almost ran into HIM.

“Good morning, Honey.” The man, her new husband said, “I didn’t think you were coming out today.”

He folded her in his arms and kissed her with unbridled passion. He caught her off guard and she was having trouble thinking how to react. In the instant before their lips met, she saw he was very cute. He was tall, having to lean down to kiss her. He was well built, and solid. She closed her eyes and felt herself melting. He was one heck of a kisser!

He was a better kisser than Albert was, she thought guiltily. He was even better than Freddie Nolan back in college who had been her gold standard for comparison. Until now.

The kiss continued and he pulled her tighter. It was very, very nice. A warmth was developing rapidly inside, spreading fast. She was becoming tingly and achy in all the right places.

She became aware of something happening between them. He was rising fast. Her eyes flew wide as realization of some very dangerous facts. He was naked against her. He was erect. He was HUGE!

“Back up, dude!” She warned, pushing him away. “And get some clothes on. You could knock a vase off waving yourself around like that!”

“Sure, honey.” He said, smiling. “Do you think you should put something on too?”

“Oh, God!” She gasped, blushing from head to toe. She had forgotten her state of dress… er… undress. She covered her breasts with one arm and her bottom with her other hand. “Turn around! Don’t look at me!”

“What’s wrong, honey?” He asked concerned, reaching toward her. “You’re acting very strange this morning! If I didn’t know better, I’d swear you don’t know me!”

“This isn’t funny!” He said. “You know we’ve spent every waking moment together since we met.”

“Well, As far as I’m concerned, we haven’t met.” Donna replied. “Could you please get some clothes on?”It was very distracting with him waving around like that.

“Sure, honey.” He chuckled.

“You wouldn’t let me put any cloths on for the past two days. You said you liked to look at me. And that it saved time when we made love.” He said. “NOW you want me dressed,”

“Oh. My. Lord!” She ran back into the bathroom and slammed the door. She was hyperventilating again.

“I’m a slut!” She thought. “A TOTAL slut! Only a slut would keep a total stranger naked for … TWO days!” They had been together for TWO days. She had kept him naked. To save time?