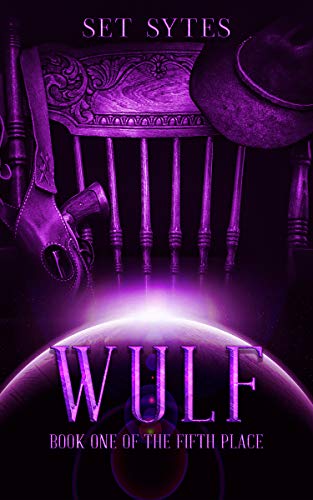 What would you do if you woke up on another planet, in someone else’s body, with a gun to your head?

Jay Wulf (as people keep calling him) is having a bad day. Rescued from imminent execution by the fiercely independent Savvi, he soon finds himself left alone to understand and survive the frontier perils of a savage new world.

Alone, that is, apart from a black tiger that won’t stop following him . . .

And if that wasn’t bad enough, a man with green eyes is hunting him, a man who will stop at nothing to put the universe right.

The Fifth Place series, starting with WULF and followed by SLADE, is about the universe under mysterious control, and the group of antiheroic misfits determined to survive it, no matter what comes. Ideal for fans of Stephen King’s The Dark Tower books, Garth Ennis’s Preacher graphic novels, and the Firefly TV series, who want an exciting adult series merging sci-fi, gritty fantasy, weird west, dystopian and adventure genres, with a diverse and flawed cast of characters to root for against all odds.

N.B. This book features cursing, sometimes heavily. Blame Savvi, most of it is her fault.